EN EN
FR FR
IT IT

Compliant product and fast delivery - see reviews on Trustpilot.
Free delivery to Germany and France starting from 100 EUR.
You can return the goods that have not been used with the undamaged package within 60 days.

Mirka DEROS 650CV orbital sander developed for effective and dust-free sanding of all kind of surfaces. Upgraded Mirka DEROS features an integrated vibration sensor and Bluetooth low energy technology. This sander is equipped with a brushless motor, which maintains constant speed even under heavy load. With the lowest vibration values in its class and the unique symmetrical design guarantees that the tool can be used for long periods without fatigue.

Today „Mirka“ is a worldwide known international company, with more than 30 patents for sanding products and technologies. Company has its subsidiaries in Europe, Middle East, Asia, North and South America with production sites and headquarters in Finland.

„Mirka“ is a leader in abrasive paper, abrasive net, abrasive film and sanding tools production. All the range is dedicated for real dust free surface finishing and polishing process. “Mirka Power Tools” department develops and manufactures advanced machines for polishing and sanding, which delivers user an outstanding efficiency and ergonomics.

Company slogan “Quality from start to finish” tells a lot for its customers – everyone who tests “Mirka” products will be happy about its quality and efficiency.

History in a few sentences:

Company was founded in 1943 in Helsinki, Finland by engineer Anni Aulo. Company survived the war-time technical problems and started its fast grow.

A lot of „Mirka“ products were exported to Great Britain, USA and Iceland already in early 1960‘es.

In 1969 “Mirka” started production of self adhesive sanding discs. This product group is still most important in companies range.

These are “Mirka” product names: 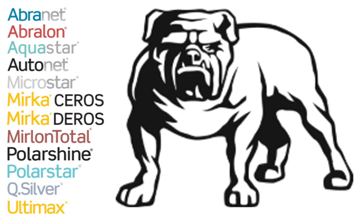 Delivery to all EU countries